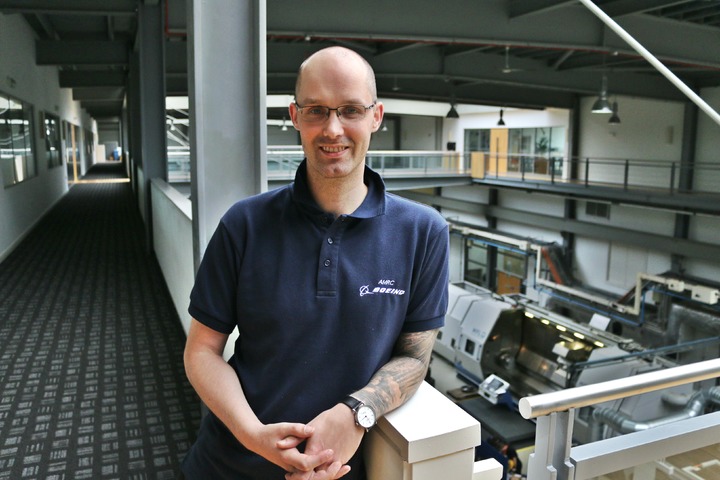 Alexei Winter, one of the newest Project Engineers in the AMRC’s Machining Group.

Alexei Winter is one of the newest Project Engineers in the AMRC’s Machining Group, having joined in 2018.

He works primarily with CAD-CAM systems, developing new and efficient ways to machine a variety of components in aluminium, steel and titanium.

Alexei brought a wealth of engineering experience to the AMRC, having graduated as an aerospace engineer at the University of Bristol in 2007; he then went onto complete an industrial doctorate there to explore new and innovative devices for harnessing tidal energy in 2013.

Alexei is also passionate about education, having tutored students in Leeds in mathematics and physics before hearing about the AMRC and successfully applying for a position within the Machining Group. He also recently became a STEM ambassador and is looking forward to helping to inspire the next generation of engineers.

His engineering experience is as varied as his passions outside his career, which include time spent in Cardiff to train as a singer at the Royal Welsh College of Music and Drama, tinkering with home electronics and being a keen sewing enthusiast.

His passion for creating men’s tailoring has catapulted him onto the 2019 series of the BBC’s Great British Sewing Bee; to be broadcast on Tuesday, 12 February at 9pm on BBC2.

Alexei is the second of the AMRC’s multi-talented engineers to take part in a televised competition within the last 12 months, follow Dr Rahul Mandal who won Channel 4’s Great British Bake Off last year.

Help make UK manufacturing smarter
12/03/2019
Industrial digital technology providers across the UK are being invited to take part …
AMRC Cymru tests revolutionary new safety rein
23/05/2022
Engineers at AMRC Cymru have helped to develop and test a revolutionary new rein for …
The new manufacturing: AMRC on the BBC
04/04/2014
The University of Sheffield AMRC's work to support British manufacturing has been sho …
AMRC gifts 3D pens to children's hospital
20/12/2019
Christmas has come early for the teaching team at Sheffield Children’s NHS Foun …