A pride of Lyons 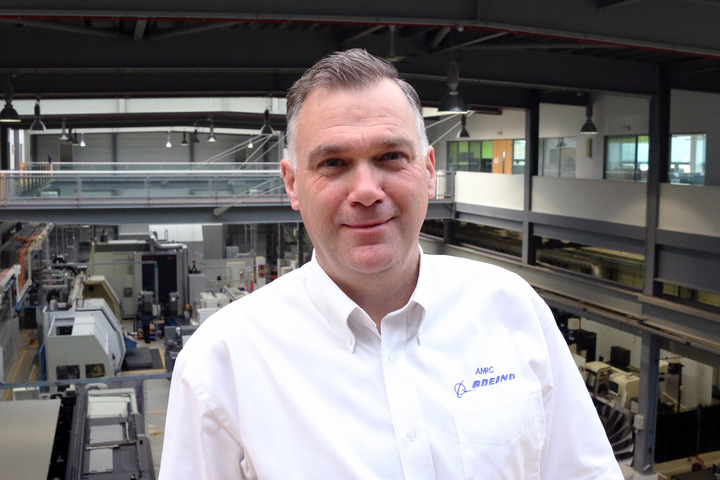 Alan Lyons – co-founder of one of Sheffield’s most successful business networking platforms – has joined the AMRC to lead its network engagement strategy with the region’s small and medium sized manufacturers.

He will be complementing the work of Company Engagement Manager, Shirley Harrison, to raise the profile of the AMRC among a sector that is vital to rebalancing the UK economy and to the success of the city region.

A well-respected figure within the  business community,  Alan is tailor-made for the task. Vibrant, engaging, with a soft Irish brogue, he has been at the forefront of regional efforts to secure investment in – and the development of – Sheffield’s burgeoning advanced manufacturing sector for the last decade.

It was his behind-the-scenes role that helped smooth the way to a £63m investment in a 20,000 tonne press that kept Firth Rixson (now Arconic) headquartered in the city, with a state-of-the-art plant that provides key components for the aerospace industry.

“That was one of my proudest achievements,” says Alan, who was part of the dialogue team in the formative years of Creative Sheffield, when Bob (now Sir Bob) Kerslake was at the helm.  “That and getting this role at the AMRC,” he chuckles, adding that it feels his career has been leading to this opportunity.

He knows the SME community in the region better than most. But he also knows this community is sometimes unaware of how open and receptive the AMRC is to working with local manufacturers.

“The AMRC is the jewel in the region’s crown,” says Alan. “But some manufacturers think it is far too expensive and exclusive a jewel for them to wear. My role is to change that perception and to show them that the skills and talents of the AMRC are available to all.”

The Lyons Den networking group he set up with manufacturing turnaround king, Kevin Parkin, is famous for its ‘craic’ (despite – or perhaps because of – Parkin’s jokes). It is a place where business cards are banned, but business relationships are built.

Parkin, best known for bringing Davy Markham back from the brink, is still a loyal friend and believes this latest incarnation can only spell good news for the AMRC and the region. “Alan doesn’t do pomp and ceremony. Like the AMRC he is too busy getting things done.”

A few days ago Juergen Maier – chair of the independent Industrial Digitalisation Review – said it was time for British manufacturing to rediscover its mojo.

Alan believes we never lost it. We just got bad at talking it up.

By combining the global reach and talents of the AMRC with the region’s aspirational manufacturing and digital communities, he believes we can do something really special in Sheffield, Rotherham, Barnsley and Doncaster: we can rediscover our mojo, raise pride and ambition in the city region and create an irresistible magnet for investment. In short, we can be the spark that ignites the Fourth Industrial Revolution.