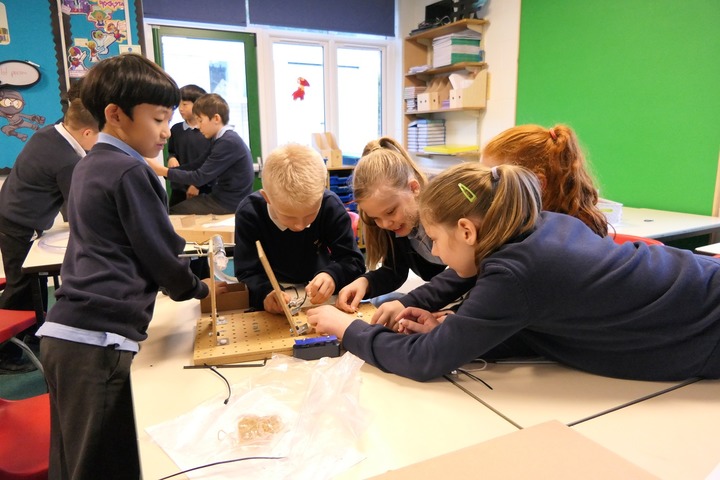 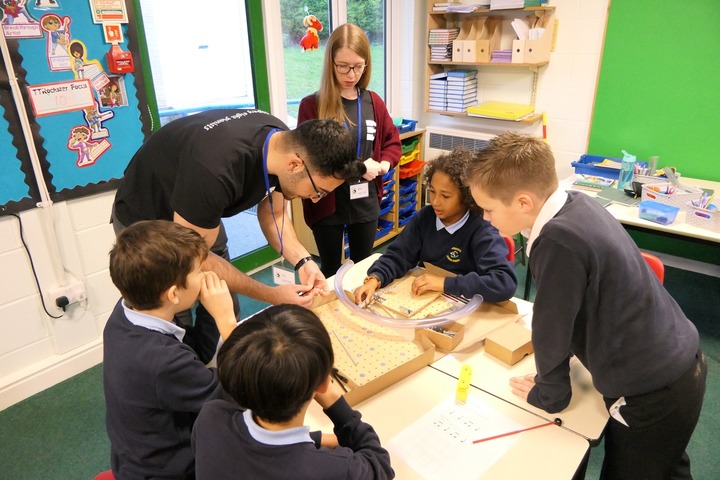 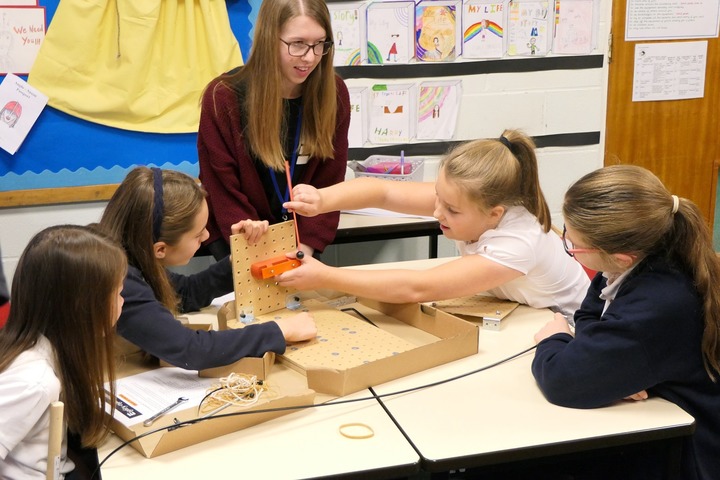 Budding engineers from primary schools across Yorkshire are taking part in a nationwide project to invent, design and build extendable mechanical fingers and help set a new world record for the number of people playing the same piano.

The schools are working with engineers from the University of Sheffield Advanced Manufacturing Research Centre (AMRC) to build their designs and take part in the world record attempt in Birmingham on 19 August.

The ‘Eighty Eight Pianists’ project is the brainchild of University of Cambridge Professor of Engineering and the Environment, Julian Allwood, who wanted to both mark the 500th anniversary of Leonardo da Vinci’s death and answer a simple question: has the smart phone killed invention?

To find the answer engineering researchers at the AMRC, and seven other universities, were challenged to support Key Stage 2 children from across the country to ‘fuse science and art’ and beat the world record which currently stands at 21 people playing the same piano.

“By inventing mechanical finger-extenders, we can have one person play each note: Eighty Eight Pianists,” says Julian. “Hearing about da Vinci’s inventions, and learning how a piano works, the children have been working together with the engineering teams to create the designs to build real life mechanical extendable fingers.

“We’ve had nearly 2100 pupils across the country invent ideas for how we could play a piano from nearly five meters away, and the whole team had the most fantastic time looking through these incredible inventions. We were just amazed at how clever and bright the children have been in coming up with ideas that we didn’t expect!

“Our aim now is to harness that creativity and for the engineering teams to work with the children to turn those seemingly impossible ideas into real life inventions which will be used to smash the world record in August this year.”

The finger extenders will be taken to Birmingham where 88 young piano students will be taught how to use them to play a newly commissioned piece composed by Martin Riley and conducted by Julian Lloyd Webber, and break the world record at the opening ceremony of the 69th CIRP (The International Academy for Production Engineering) General Assembly on 19 August in Birmingham.

Senior Technical Fellow, Dr Erdem Ozturk, who is conducting the AMRC’s contribution to the project said: “There is potential in every child to be an inventor. Our role is to unlock that inventive, problem solving impulse and to challenge perceptions about engineering in the classroom: and what better way to do that than by combining science, technology, engineering and mathematics (STEM) with art and music.” Kate Muller, a second year music student with the University of Sheffield, agrees. She has been volunteering in the region’s schools whilst studying and jumped at the chance to take part and help the children understand more about the piano and design their entries to the competition.

She was part of the team at a recent activity day at Brockwell Junior School in Chesterfield where the STEM club got together to design their mechanical finger extensions for the project. She said: “The activity days are really engaging, music gives children a different way to communicate other than language and it seemed like a great idea to show the children how music is relevant to so many other subjects, like engineering.

“Children always get really excited about learning new things, so the project is a great opportunity to foster their sense of creativity.” The school’s Year 4 teacher and STEM Coordinator, Wil Baker, set up the club as a place where students of all abilities could get together and develop and share their passion for maths and computing.

“Getting the children into the STEM club really teaches them about working collaboratively with other students, more so than in the usual lesson format.  We usually work in small groups, so the kids can communicate and work together to achieve a task.

“I think taking part in the STEM activities really teaches the kids about resilience, through the chance they get to work creatively and solve problems together.

“I was keen to have our club take part in the Eighty Eight Pianists project as it’s a really great way for the school to make connections with those working in STEM industries and show the children the breadth of the industry, helping them develop and go far.”

Erdem and his team will go now back to school to help the children manufacture their designs for use in the world record attempt in August.

Erdem said: “As engineers at the AMRC, we have the opportunity to be great STEM ambassadors, and we are keen to help foster the children’s sense of creativity by showing that seemingly different subjects like music and engineering have something in common: creativity.

“It will be great to go back to the schools and help the children manufacture the winning designs, getting them involved in the process from start to finish will give them a real sense of achievement to see their designs come to life for the world-record attempt.”

NASA’s curiosity leads them to rove the planet in search of out-of-this-world AMRC technology
04/12/2018
THREAD, the game-changing 3D printing process developed at the University of Sheffiel …
School event inspires the next generation of engineers
20/03/2017
School pupils from across the Sheffield City Region enjoyed some hands on STEM activi …
Prof Brian Cox says South Yorkshire ‘has key role in engineering sustainable future’
25/11/2020
Sheffield City Region and the Advanced Manufacturing Park, home to both the Universit …
Nanoscale materials hold cure for manufacturing and aviation greenhouse gas emissions
18/02/2021
Composite researchers at the AMRC are at the heart of a European-wide project to deve …