The Future of Propulsion 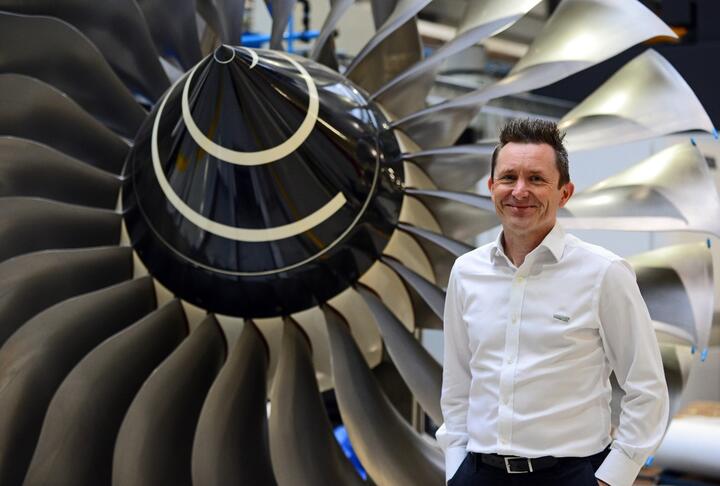 We are living in historic times in terms of propulsion for both aviation and ground-based transport. The necessity to reduce emissions is driving the development of entirely new types of propulsion system, writes Stuart Dawson, Chief Technology Officer for the University of Sheffield

The last couple of months have seen the first hydrogen fuel cell powered flight by ZeroAvia, the announcement by Airbus that it is developing three new ‘hybrid/hydrogen’ concept aircraft with a target entry into service of 2035 and the announcement by Rolls-Royce that it has begun testing their Trent engines to run with 100 per cent sustainable aviation fuel.

These events represent the beginning of the end for kerosene burning gas turbines in commercial aviation – a reign which has lasted more than 70 years since the first De-Havilland Comet entered service in 1952.

It is easy to understand why kerosene has dominated for so long: as a hydrocarbon its gravimetric energy density is high enough to power large aircraft over long distances and as a liquid its volumetric energy density means it takes up minimal storage space and does not require pressurised containers. And thirdly, it’s very cheap: the sheer economies of scale from producing millions of tonnes of kerosene every year means that Jet-A1 aviation fuel typically costs less than 50 pence per litre*. But of course, being a hydrocarbon it has the huge disadvantage of producing CO2 during combustion: for every tonne of kerosene burnt, around three tonnes of CO2 emissions are generated. Globally, in 2019, flights emitted more than 900 million tonnes of CO2 from burning some 300 million tonnes of kerosene*. That’s about 2 per cent of all human-induced CO2 emissions in 2019*. Essential though it is to reduce CO2, kerosene burning gas turbines also produces emissions such as nitrogen oxides (NOx), particulates and condensation trails that also contribute to climate change. Together with CO2, these put the estimated climate impact of aviation closer to 3.5 per cent.

Currently, aviation represents about 12 per cent of all CO2 transport emissions. But with the expected widespread electrification of ground transport and the predicted growth in passenger numbers, aviation is projected to be the highest emitting transport sector by 2050. Consequently the aviation industry is under huge pressure to develop and deploy new propulsion systems that minimise emissions.

In contrast to ‘setting fire to hydrocarbons’, battery electric propulsion produces zero emissions in use. Similarly, hydrogen fuel cells and hydrogen combustion only emit water vapour. And sustainable aviation fuel is ‘net zero’, i.e. it only emits CO2 that was originally captured from the atmosphere.

Over most of the 20 year history of the AMRC, we have worked on developing new methods of manufacture for hydrocarbon burning gas turbines – from step change improvements in fan disc productivity to radically increasing the metal removal rates for new heat resistant super alloys.

Similarly, the development of next generation aerospace propulsion systems will open up a huge range of new manufacturing challenges for us to tackle, from producing high power to weight ratio fuel cells, electric machines and heat exchangers to the development of lightweight hydrogen storage tanks and the development of new machining techniques for temperature resistant materials such as ceramic matrix composites.

Change is not only happening in the air. Ground transport is also rapidly transitioning towards net zero propulsion - and even faster than aerospace as it does not have such onerous power-to-weight and energy-to-weight ratio challenges to contend with. Within the next decade, almost all new ground transport will be propelled by electric motors, powered by either batteries or hydrogen fuel cells.

And it won’t just be cars – it will be practically all ground-based transport from trains to buses, trucks, heavy goods vehicles, off highway, public service vehicles - the list goes on. This trend

is also being driven by UK government policy with new petrol and diesel cars being banned by 2030 and diesel trains by 2040. The huge projected increase in the electrification of heavy, long-range vehicles fits perfectly with the strategy of our EPSRC Future Electric Machines Manufacturing Hub which is to focus on higher power, lower volume, flexibly manufactured electric machines.

So these are historic times for the development and deployment of new propulsion technologies. For us, it represents a wide array of new manufacturing challenges from electric machine assembly and the development of lightweight hydrogen storage tanks to the development of ultra-high power-to-weight ratio heat exchangers, to name but a few. And crucially, as our mission at the AMRC is to ‘Make Things Better’, this is an opportunity to play our part in the national and global endeavor of decarbonising transport.

Originally published in the 13th issue of the AMRC Journal. Read here: