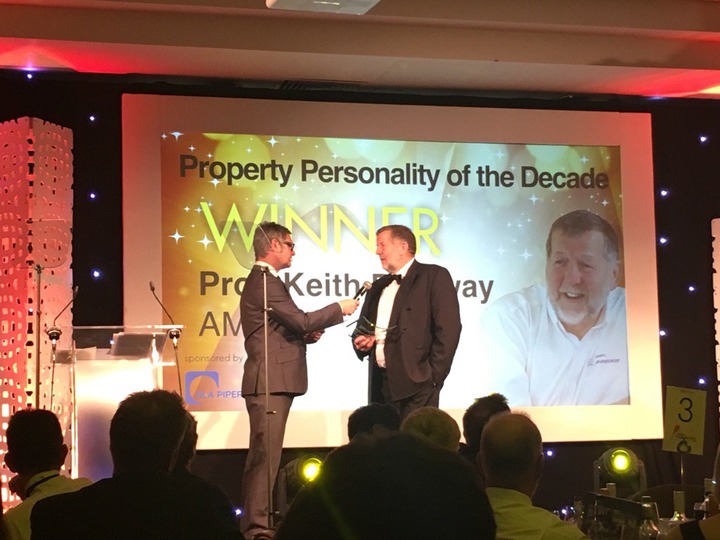 The Gala was held at the Mercure St Paul’s hotel, Sheffield and celebrates the region’s towns and cities for their development, recognising the part played by the property industry’s leading lights.

Prof. Ridgway was honoured as the man behind the phenomenal success of the Advanced Manufacturing Research Centre by judges at the event. He was recognised for his role in founding and development of the organisation, which has a global reputation for helping companies overcome manufacturing problems and has become a model for collaborative research involving universities, academics and industry, worldwide.

You can read the full story about the Gala at Insider Media here. (link https://www.insidermedia.com/insider/yorkshire/amrcs-ridgway-crowned-at-property-gala-dinner).