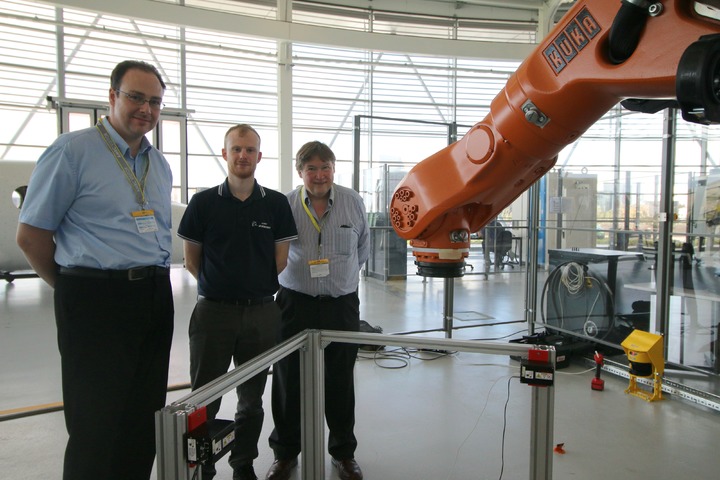 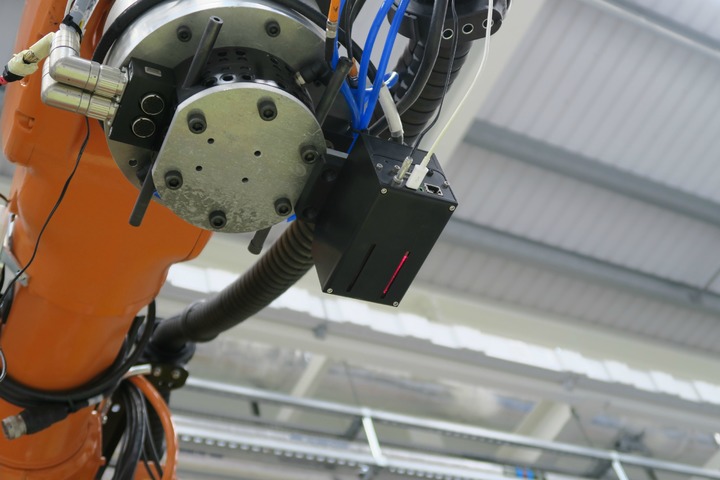 The technology behind the LAMM makes it significantly cheaper than traditional laser tracking measurements. 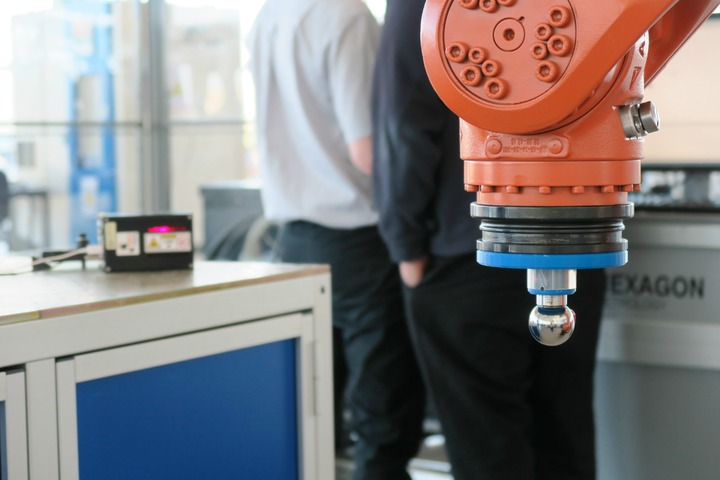 Engineers at the AMRC have helped develop a novel laser tracking measurement device that has potential to be a disruptive technology in high value manufacturing and a key capability in factories of the future.

A team at the University of Sheffield Advanced Manufacturing Research Centre (AMRC) believes Reflex Imaging’s Laser Metrology Module – LAMM for short – has the power to shake up the metrology market due to the low costs of the sensor it uses compared with more conventional metrology systems.

The sensor - which uses a laser to track a target and generate co-ordinates for that target - was originally developed for use in medical equipment. However, the AMRC saw the potential for the sensor to have multiple uses in high-value manufacturing. The LAMM is still in development but the AMRC has helped Reflex Imaging develop the technology so that its functionality is suited to manufacturing applications.

The Catapult-funded collaborative project between Reflex Imaging and the AMRC’s Integrated Manufacturing Group (IMG) involved two workshops at the AMRC's Factory 2050 to develop use-cases and demonstrators for the LAMM. The scope was to find application areas within the high value manufacturing industry and help Reflex develop the sensor to suit these applications.

The initial workshop was to better understand LAMM and scope potential use cases. Basic demonstrator testing was also performed. A follow-up workshop was held after the development and prototyping phase focused on specific manufacturing tasks identified during the first session.

Thomas said: “One of the uses of the trackers is for ensuring robotic drills are in the right place before drilling a hole and often that is done with expensive equipment. The robot moves into position, it is measured and then drills a hole. The cost of the metrology devices that perform these measurements can be expensive and we’ve worked with LAMM to show it can be done much cheaper.

“This technology exist already and is highly used in the aerospace industry because it allows for large scale measurements.

“For example, in order to certify a jig you have to measure before you build anything on it because that’s how product quality is controlled. The trackers used to do this can cost anywhere from £80k-250k. They are very expensive pieces of kit.

“The LAMM is novel in that the technology behind it makes it significantly cheaper than traditional laser tracking measurements.”

Reflex Imaging was set up in 2013 and is jointly owned by Peter Hart, chief executive officer, and Malcolm Humphrey, chief technical officer.

Armed with their ideas and an early prototype of the LAMM, they visited the European Portable Metrology Conference in Coventry last year to assess the market and it is there they met representatives from the AMRC.

Peter said: “As a start-up, we must use our scarce resources very efficiently, and having access to the experience, facilities and personnel of AMRC was to prove extremely valuable."

Those early discussions helped Peter and Malcolm identify the strongest potential applications and confidently set the focus for its final hardware and software development.

“The ability to then subsequently access working manufacturing cells at AMRC and install our equipment to prove out the ideas was immensely valuable,” said Peter. “The conventional method of working with potential customers with their commercial pressures would not have been as easy, nor, importantly, could we have done it in such a short time. Furthermore, in the AMRC we are working with not only today's manufacturing challenges, but seeing manufacturing concepts for decades to come."

Peter said the future scope for the LAMM technology is wide as it lets users achieve an order of magnitude improvement in precision over conventional systems for a given cost.

“LAMMs are designed to be simply connected together to achieve higher target coverage, higher sampling rates, higher averaging, and system redundancy. The ability to use multiple, lower cost units opens up the potential of using laser-based metrology in applications that previously could not afford it, such as automatic calibration of robotic machine systems as standard. The factory of the future will use a scaleable network of integrated, precise, measuring devices.”

Peter added: “Above all the experience, information and facilities of the AMRC, one of the most valuable things coming from the project has been the strong personal confidence that the individuals in AMRC had in us throughout the project. One year on at this year's EPMC conference, our ideas have turned into a booth and products and applications, and the huge credibility that comes from the support of the people at AMRC.”