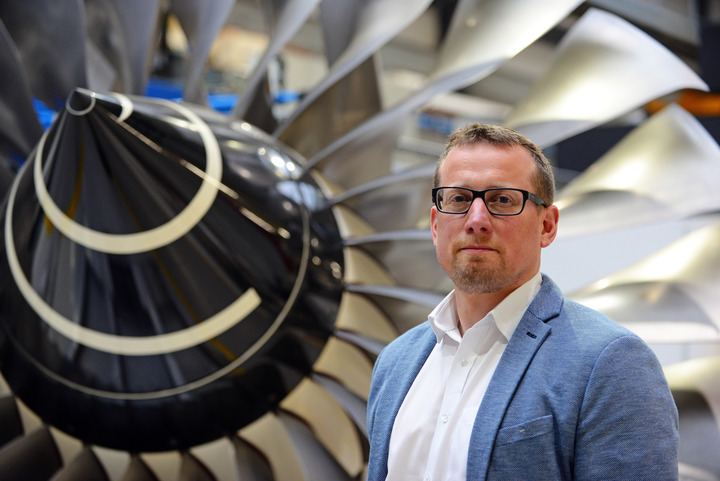 Steve Foxley, the new Executive Director of the AMRC

A former managing director with global engineering giant Siemens has been appointed as the new Executive Director of the University of Sheffield Advanced Manufacturing Research Centre (AMRC).

Steve Foxley, who has held senior positions with Siemens in the UK, Europe and China, will join the AMRC - which is part of the High Value Manufacturing (HVM) Catapult - on 20 January 2020.

He will lead the AMRC’s Management Board to develop and strengthen relationships with new and existing industrial partners; engage with government to identify opportunities for further strategic development of the AMRC; and establish relationships with key stakeholders to ensure the continued development and investment in the City Region and Advanced Manufacturing Innovation District.

Professor Koen Lamberts, President and Vice-Chancellor of the University of Sheffield, said: “We are delighted that Steve is joining us at this pivotal time for the AMRC and the North.

“At the AMRC we have an ecosystem for the University to work with government and industry to address productivity, processes and skills in a range of sectors - including aerospace, energy, construction and all types of manufacturing.

“The research talents of the AMRC are creating a manufacturing renaissance in the UK, attracting iconic names like McLaren to re-shore their super car production from Austria to Britain, and bringing global aerospace firms like Boeing and its extensive supply chain to set up here in the Sheffield City Region.

“Steve shares our ambition for the AMRC to play a much larger role in the wider northern economy; accelerating the adoption of the Industry 4.0 technologies as set out in the government’s Industrial Strategy.”

Steve said: “It is a privilege to be appointed as Executive Director of the AMRC.

“Coming from a company that has a long history of research collaboration with the University of Sheffield and an even longer history of involvement in innovation in the city, I have long admired the truly innovative work being done here.

“The need for the translational manufacturing research and development (R&D) skills of the AMRC has never been greater and and I am excited to be working with such an experienced and talented team to further the AMRC’s global reputation as a place of world leading innovation.”

Steve, a mechanical engineer by background, previously held leadership positions within the Smart Infrastructure and Digital Factory Divisions of Siemens UK and Ireland.

He is passionate about materials, manufacturing processes and industrial digitalisation: all of which are core to the AMRC’s research and innovation activities.

Steve takes on the role as Executive Director of the AMRC as it expands its footprint across the Midlands and the North, with new R&D facilities in Broughton, Preston and Derby, supporting the government in achieving its ambitious goal of raising R&D spend in the UK to 2.4 per cent of GDP.

Global advanced manufacturing conference to chart prospects for significant change in aerospace
30/07/2015
The impact of new materials, technologies and changes in the supply chain wil …
Silicon Valley CEO celebrates engineering talent of tomorrow at AMRC Training Centre Awards
19/02/2019
A retired Silicon Valley CEO whose life was changed by an apprenticeship has thrown h …
Apprentice of the Year returns from USA trip of a lifetime
14/09/2017
A female engineer from Chesterfield, named ‘Apprentice of the Year’ at th …
Making virtual a reality for UK manufacturing
19/07/2018
Immersive technologies – predicted to be a $160 billion market in the next thre …