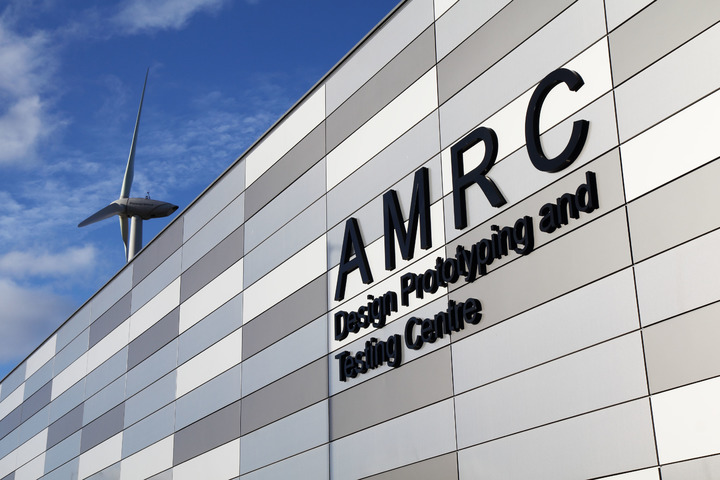 A ‘perfect’ 3D workplace built from Lego is one of the tools used by the University of Sheffield AMRC to help a coatings company change its organisational culture to improve productivity.

It may be a small business with fewer than ten employees on the books but it has big ambition: the company wants to develop a high-performance company culture to increase productivity and drive business growth.

To set them on the right path they approached Dr Andy Bell, from the Design and Prototyping Group at the AMRC, which is part of the High Value Manufacturing Catapult. Dr Bell used his expertise in design-thinking and various methods - such as creating the perfect 3D workplace from Lego - as a way of exploring the problem space and bring about the change desired by the Northamptonshire-based company.

Chris Walker, who is the Director at Diamond Hard Surfaces, said: “We approached the AMRC for help to harmonise and reinforce a company culture and improve team working within the organisation.

“Dr Bell carried out interviews with all our personnel and followed this up with a workshop to show us the various techniques used in modern design environments for improving the effectiveness of development, more specifically design which we would be able to apply to our business environment.” Dr Bell used the workshop to help design the company culture and introduce the decision-making tools and prototyping methods commonly used by the DPG to deliver improvements in engineering performance.

He said: “The company’s main barrier was a cultural one - the alignment of people in the company with the business vision. I used a design-based approach to help them think about how they want to run and organise themselves as a business.”

The first phase of work involved Dr Bell speaking to each employee to gain an understanding of what their day-to-day job involved. This helped him to focus the second phase, which involved a design approach to affect organisational change.

“I needed to get them to reframe the challenges they were facing and think more visually about them and what they needed to do in a connected way so they didn’t have people obstructing one another when they were trying to communicate,” said Dr Bell.

“Reframing explores a number of different perspectives on a problem and encourages participants to think about things from a different view point - that’s what design thinking is all about.

“We reframed the challenges by asking each of the team to think of two things: the first was to look back at their time within the company from ten or 15 years in the future and answer the question ‘what would you be most proud of?’ The second was for them to look back from 12 months in the future and imagine Diamond Hard Surfaces had to close down – and to ask themselves what their biggest regrets would be and if they wished they had done something that they hadn’t done.”

“I started with getting people using Lego to design their perfect workplace. It could be anything they wanted it to be - either one aspect of it or the whole thing. The follow on from that is to get people thinking how that applies to their current workplace and how they could make that a better workplace. It’s about highlighting a particular aspect or path, in this case their commonalities, and getting them to effectively brainstorm.

“Next we did a culture map where the team wrote down what they wanted things to be like at the company and what is maybe stopping them from getting there. We put the ‘map’ together using post-it notes and I walked them through it asking what they were going to do to realise each suggestion they made. “

A follow-up meeting held with Chris and his team to determine the impact of the process on the business showed communication between all staff had improved along with skills for problem-solving.

“It has been successful and they have taken away a couple of things from the project,” said Dr Bell. “By getting them to throw all their ideas in together in a controlled environment, it showed they are thinking in the same way, talking about the same things, and wanting the same result.”

Chris said the project had allowed the business to identify some key characteristics of people within the team, and their approach and willingness to team working.

He added: “It also allowed us to identify some strengths and weaknesses of key personnel within the team. As a result we have introduced some new working practices including daily team meetings and regular discussions on improving communication within the team.

“We have realigned some resources and identified key responsibilities for each member of staff. Some team members have left the organisation which will allow us to rebuild the team using these new principles.

“The big benefit for us from working with the AMRC was the access to new, innovative working practices, trainers and people who are ‘remote’ from the organisation and can give unbiased feedback based on what they see. It was also a useful window into the AMRC working relationships and other businesses on site.”

The project was paid for by the AMRC using funds from the High Value Manufacturing Catapult as part of our commitment to working with small and medium manufacturers. For information how we can help your SME, contact s.harrison@amrc.co.uk.

Comment: The case for higher apprenticeships
15/03/2016
Degree apprenticeship which make higher education accessible to all, while providin …
Cleaning up the global water crisis
22/03/2019
A tech start-up on a mission to tackle the global clean water crisis, which is estima …
Off to a flying start in Wales
04/03/2019
Aerospace and automotive companies from across Wales will have the chance to hear and …
Innovation chain reaction
05/06/2019
Prototype parts have been developed by the University of Sheffield AMRC for a company …