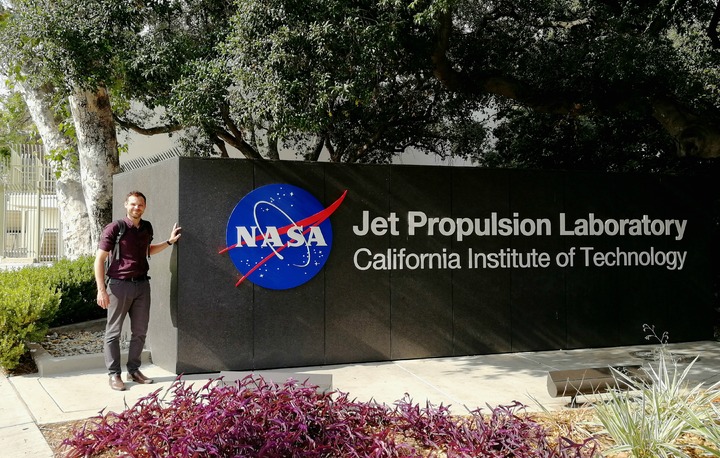 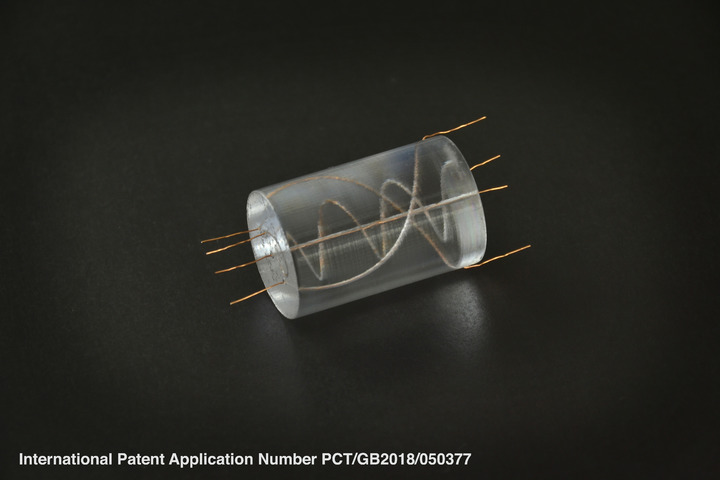 A component manufactured from the patent-pending THREAD process developed at the AMRC.
Previous slideNext slide

THREAD, the game-changing 3D printing process developed at the University of Sheffield Advanced Manufacturing Research Centre (AMRC) has been a featured technology at a Spacecraft Additive Design Workshop held by the NASA Jet Propulsion Laboratory (NASA-JPL) in San Pasadena, California.

NASA invited AMRC Development Engineer and Additive Manufacturing (AM) Specialist Mark Cocking – who developed THREAD – to an exclusive two-day workshop at NASA-JPL; the laboratory that manages many of NASA's robotic missions exploring Earth, the solar system and our universe.

The workshop eclipsed Mark’s expectations and resulted in the organiser and lead of the workshop, Senior Engineer in Spacecraft Design at NASA-JPL Michael Schein, calling the THREAD technology “extremely impressive.”

NASA had searched the world for new and innovative embedded functionalities being developed for AM processes, but the technology being developed by Mark Cocking at the AMRC’s Design and Prototyping Centre is completely unique.

The THREAD process which is patent-pending internationally allows AM components to be manufactured with in-built, continuous connectivity and additional functionality passing through the X, Y and Z axes, and is suited to a variety of AM platforms.

With AM revolutionising traditional manufacturing processes, the aerospace sector is increasingly investing in new AM processes and technologies that create valuable efficiencies and reductions in costs and material wastage.

“THREAD has potential applications across many sectors such as energy, medical and aerospace; where components would benefit from integrated power, data, and fluid transfer, such as for the design of spaceflight assemblies,” said Mark.

THREAD was the only technology developed outside the USA to be featured at the exclusive two-day workshop at NASA-JPL; where leading engineers joined forces to explore AM applications for designing the robotic spacecraft of the future.

Mark showcased THREAD technology and led a focused discussion group on embedded functionalities in AM for his peers from across NASA and those attending the workshop.

He also demonstrated a use-case for a component designed using the THREAD process which could be used on a NASA space-rover style vehicle; showcasing how the process could be used to design components, optimised not only for load, but for the inclusion of embedded functionality.

On the second day the group took part in a design scrimmage, redesigning flexible and articulated components using AM which could be used on a mission to one of Jupiter’s moons and used for the sub-surface exploration of lakes for signs of life.

Mark said: “The fact that THREAD was invited to be featured at the workshop at NASA - one of the world best known aerospace research organisations - just shows the global reach of research that takes place at the AMRC.

“NASA has potential use-cases for upcoming projects for which they could utilise THREAD for embedding functionality into AM components and other AM specialists attending the workshop also said THREAD would be the perfect process to use for components such as directional antennae and communication networks, which is a great vote of confidence for the process.”

Following the workshop in California, Senior Engineer in Spacecraft Design at NASA-JPL Michael Schein wrote to Mark in support of THREAD: “I would like to express my interest in the further development of the THREAD process for embedding fibres in 3D printed materials. I cannot recall coming across a similar or competing process that promises to provide such capabilities, especially if it can be adapted to metal printing.”

Mark is currently maturing the THREAD process for polymer platforms, extending its capabilities and the range of materials that can be embedded during a component build. This activity is also developing the process for metal selective laser sintering (SLS) platforms.

“Connectivity within AM components is a crucial development for the AM sector,” said Mark. “Thanks to securing further funding the AMRC is pressing forward to increase the technology readiness levels of THREAD.”

“In the future I anticipate a rising interest in hybrid AM platforms. We are currently selecting partners to create a fully integrated THREAD AM platform, including machine manufacturers, end-users and software companies.”

Michael Schein also advised Mark that proving out this kind of technology for spaceflight applications would open up a huge design space for system integration and miniaturisation that simply did not exist previously, he said:

“From personal experience that if this sort of process was demonstrated successfully in a pilot project, it would fit the category of products and projects that could compete successfully for NASA development funding for further development.  Mark’s THREAD process is extremely impressive and deserves the support required to see if it can be turned into a really enabling technology.”

Mark said: “The feedback received during time spent at NASA-JPL will aid THREAD's future development. There is no doubt that THREAD is a significant development in hybrid AM and it was a highlight to be invited to advise NASA-JPL on an AMRC-developed process.

“Across industry we have received much expectation for the process, the perception of what can be created with a 3D printer has now shifted.”