The Integrity of Things 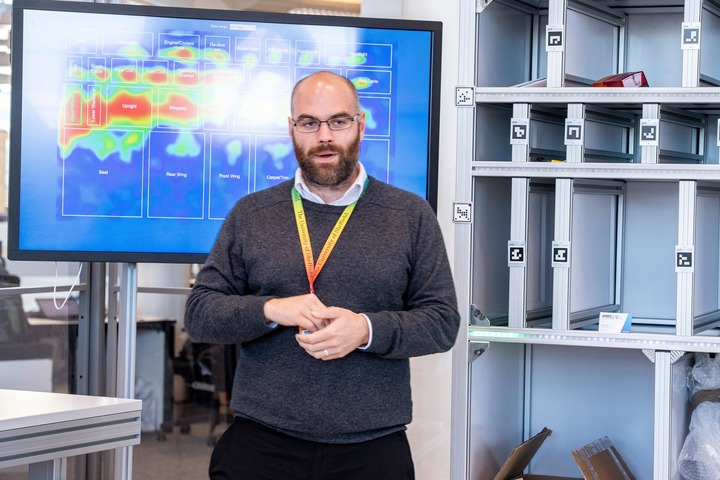 The proliferation of high-performance, low-power, low-cost single board computers could be a catalyst for the Industrial Internet of Things which is revolutionising manufacturing around the globe, according to a new report by AMRC research engineers.

“This, combined with a global explosion in ‘maker’ culture, open online communities, and mature open-source software is opening a fast and affordable route to a fully digitally connected shop floor for smaller and medium sized firms along with the bigger players,” says lead author Rikki Coles, in the Catapult-funded study, The Integrity of Things which provides SMEs and larger firms with benchmarks for navigating the maze of options they face including price, reliability, cost, quality of documentation, and ease of development. The AMRC’s Technical Lead in Edge Computing at Factory 2050, Rikki adds: “The networking of machinery, sensors and controls systems on the factory floor can enable rapidly reconfigurable manufacturing for real-time optimisation of production equipment and efficiency.

“The Industrial Internet of Things is enabled by a number of key technologies such as cyber security, cloud computing, mobile and WiFi, real-time analytics, machine learning, and big data: our report focuses primarily on the ‘things’. These things typically consist of a networked device running an application which subscribes to and publishes information about its machine or sensor, to and from any other equipment on the shop floor.”

Information about machines is obtained either via a native interface with the PLC or direct sensor measurements. As firms embrace Industry 4.0, new manufacturing equipment is emerging with a greater exposure of this information to the network using open and standardised network communication protocols such as MQTT, OPC-UA and REST.

Rikki’s report points out that many manufacturers in the UK may require an entirely novel solution, or find that it is not cost effective to upgrade or purchase proprietary IIoT equipment. This means that IIoT devices which are widely available, well documented, robust, and cost-effective are needed for engineers to fill the gap. But, what devices? The devices were all mounted to a display board along with a touch screen monitor, which sat in the reception of the AMRC’s Factory 2050 for six months. A dashboard on the touchscreen display allowed visitors to interact with the demonstrator allowing them to view current performance metrics, additional device information, and comparison tables.

Details of the results can be found in the full report here, but the primary conclusion is that low cost and open-source IoT devices can offer a greater degree of freedom for developing new sensor-driven applications, and can provide real-time insight for a fraction of the cost of an enterprise grade solution.

‘These devices give full development control to the engineer which is beneficial as it gives the most flexibility for new functionality, but also places a greater responsibility on the engineer to avoid common low-level programming risks,” says Rikki.

In addition, the report found that the temptation to save money upfront by buying cheaper hardware is often outweighed by the additional time required for testing and integration at the hardware level. It is these points that have likely led to the proliferation of many of the opinions of the suitability of these devices to industry. However, with appropriate design considerations, these devices can be extremely flexible and powerful tools.

The appearance of devices from Kunbus, Brainboxes, and Harting (amongst others) using a model of standardised application containers which can be deployed to the device, allows the engineer to focus on the final application; speed up the development time; and improve quality, whilst maintaining a degree of development flexibility. Rikki concludes: “Combined with the availability of low cost networked sensors such as Modbus TCP, these higher-level options may be better for applications evolving from concept into production as the IIoT becomes more commonplace. While these cost much more than the candidates in this experiment, the benefits that accompany them justify the additional expense in the long term.”

This experiment has also given the AMRC’s engineers deeper insights into the inner workings of a broad range of devices and technologies which will better prepare them for future projects in a more diverse range of applications.

“As this experiment is the first of its kind known to the authors, this exercise has helped to dispel many personal preferences and opinions,” says Rikki. “We have seen stimulated debate and interest from visitors, many of whom are delighted that the benefits of IoT in manufacturing can be so readily and cheaply enabled with existing or developing skillsets. In addition, the project has prompted the development of similar comparison testbeds for other aspects of IIoT including integration buses, cloud platforms, and cyber security which will hopefully continue to demystify the enabling technologies for the fourth industrial revolution.”

The Integrity of Things report can be downloaded here.

New agreement to advance research at intersection of AI and manufacturing
27/01/2021
The Alan Turing Institute and the University of Sheffield Advanced Manufacturing Rese …
20/30 Vision: The future of the AMRC
27/10/2020
Smart, sustainable and resilient manufacturing beats at the heart of a bold new visio …
Women in Engineering students inspired by Factory 2050 visit
26/06/2018
Women in Engineering students were blown away by the advanced technology they saw in …
AMRC ‘gives legs’ to ambitious exercise concept
12/05/2021
Design and prototyping expertise from the University of Sheffield Advanced Manufactur …

The Integrity of Things Report