Apprentice of the Year returns from USA trip of a lifetime 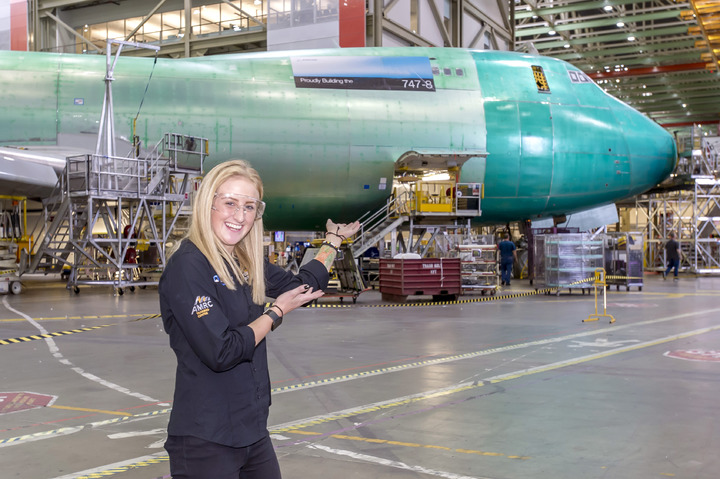 Leigh was given a tour of Boeing’s sites in Los Angeles, Portland and Seattle on her trip this summer. 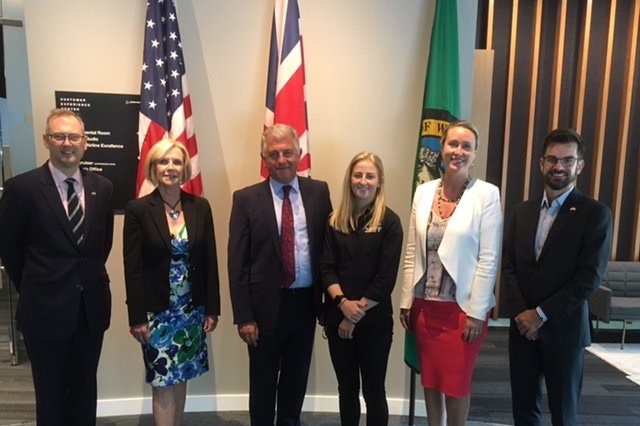 AMRC Apprentice of the Year Leigh Worsdale met with senior Boeing executives on her trip this summer.
Previous slideNext slide

A female engineer from Chesterfield, named ‘Apprentice of the Year’ at the University of Sheffield’s Advanced Manufacturing Research Centre (AMRC) Training Centre’s annual awards earlier this year, won the opportunity to visit the global aircraft giant Boeing in the USA this summer.

Leigh Worsdale, 18, an apprentice at auto-machine manufacturer Foxwood Diesel, has enjoyed a tour of Boeing’s sites in Los Angeles, Portland and Seattle - learning more about the world-renowned aerospace manufacturer.

Speaking about her trip, Leigh said: “I never thought when I began my apprenticeship that I would be given an opportunity like this. It was amazing to see all the Boeing factories and see things and go to places where members of the public don’t usually get to go.”

Leigh found the most interesting part of her trip was the visit to Boeing’s Renton factory in Seattle where she got to see first-hand how the global aerospace company designs, tests and builds its 737 aircraft.

She said: “It was amazing seeing where they build the new planes. The factory is so big we had to get a golf buggy to travel around it.”

During the trip, Leigh also got to try her hand at sailing at Union Lake in Seattle, visiting the famous Pike Place Market, and enjoying some time on Los Angeles’ famous Venice Beach.

Director of the AMRC Training Centre, Kerry Thompson, said: “We’re very proud of what Leigh has achieved on her apprenticeship and it is brilliant that Boeing is able to support our Apprentice of the Year in this trip to their factories in the USA.

“It really opens up a new world of engineering innovation to our winner and we hope Leigh can bring that inspiration back to the UK and her employer.”

Leigh’s trip comes at an exciting time for manufacturing in the local region. This week Boeing starting construction on its first manufacturing facility in Europe - Boeing Sheffield - which will be making parts for the aircraft Leigh witnessed being assembled.

For more information about the AMRC Training Centre and apprenticeships, visit www.amrctraining.co.uk

ISP43: Sensing In Composites
02/12/2015
16th December 2015 AMRC Knowledge Transfer Centre, S60 5WGEvent Information: The …
Made smarter in Sheffield
31/10/2017
Dr Rab Scott, AMRC Head of DigitalSheffield – along with other Northern Power …
Exercise device rocking on with AMRC
09/06/2021
Design engineers at the University of Sheffield Advanced Manufacturing Research Centr …
Factory 2050 Conference: Technologies and systems
18/02/2015
THIS EVENT IS NOW SOLD OUT! Look out for details of our next international conference …