House of Commons visit for the University of Sheffield's AMRC apprentices 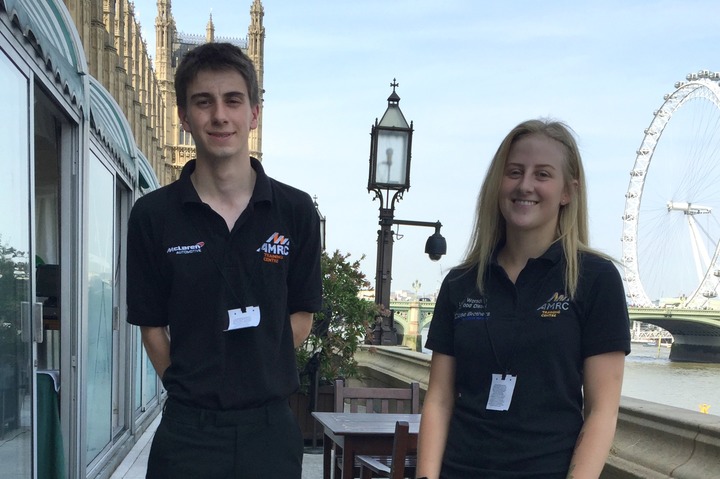 This year’s AMRC Training Centre ‘Apprentice of the Year’ winner, Leigh Worsdale and McLaren apprentice Ian Hutchinson on the Terrace of the House Commons during the HVM Catapult event. 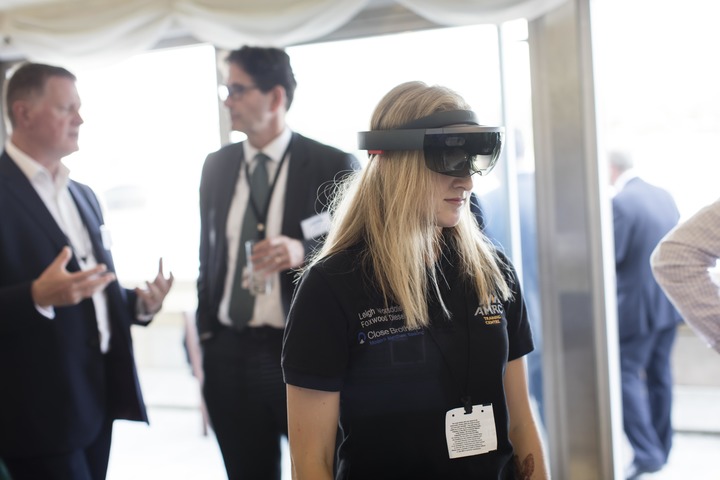 AMRC Training Centre ‘Apprentice of the Year’ winner, Leigh Worsdale tries out some of the technology on display at the event. 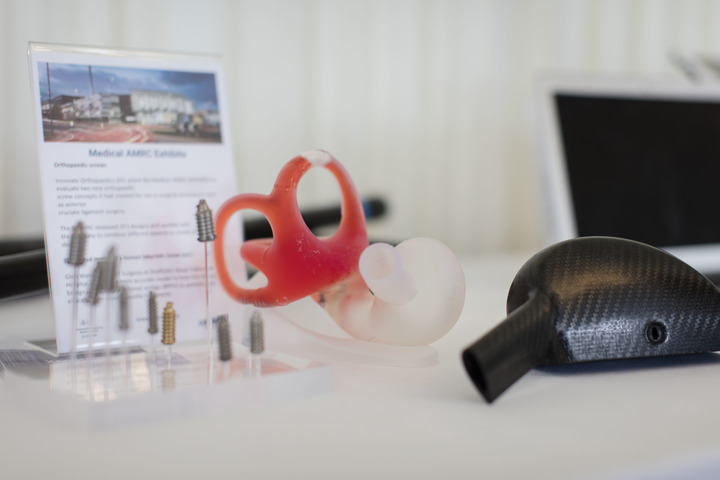 A number of technical demonstrations and exhibitions were on display from the AMRC, including orthopaedic screws designed by the Medical AMRC, created for use in surgical procedures such as cruciate ligament surgery. 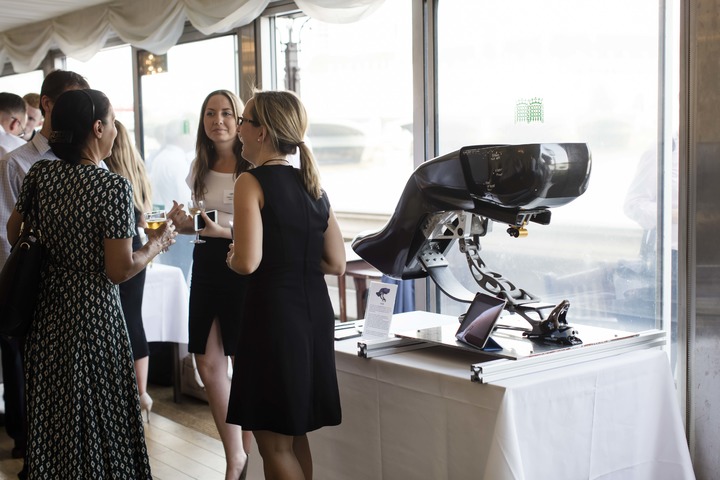 Collaborative research projects in conjunction with other HMV Catapult centres were also on display. The redesigned sit-ski shows the technical capability of the HMV Catapult and the commercial applications of such research in wider industry.
Previous slideNext slide

The event, organised by the High Value Manufacturing Catapult (HVM Catapult), showcased the University of Sheffield's impressive growth and performance of working with industry.

Open to all MPs, the reception also highlighted how Catapult organisations like the AMRC and Nuclear AMRC are helping to shape the UK manufacturing innovation landscape that will deliver the UK's Industrial Strategy.

A number of technical demonstrations and exhibitions were on display from the AMRC and Nuclear AMRC including: a VR model of a new nuclear power plant, showing potential UK contribution; a 3D-printed model of the Westinghouse Small Modular Reactor; metal composite hybrid anti-roll bars for trucks and trains designed to reduce fuel costs and emissions and orthopaedic screws, created for use in surgical procedures such as cruciate ligament surgery.

Lord Prior of Brampton, Parliamentary Under-Secretary of State for the Department for Business Energy and Industrial Strategy was guest speaker at the event. MPs were given the opportunity to view the technology exhibits and speak to apprentices and businesses working with the Catapult.

The High Value Manufacturing Catapult combines the strength of seven existing centres – including the AMRC and Nuclear AMRC – across key manufacturing processes. The Catapult enables innovation to cut across sectors by bringing together businesses from diverse industries and giving access to a pool of world-class expertise, equipment and processes invested and supported by UK government. HVM Catapult worked with more than 3,300 business customers in 2016-2017 and trained more than 860 engineering apprentices.

Major investments like McLaren Automotive’s plans to open a new Composites Technology Centre next to the AMRC and aerospace company Boeing’s decision to open a brand new manufacturing facility alongside the AMRC have helped contribute to an extremely successful year for HVM Catapult.

Leigh Worsdale, a Heavy Duty Diesel Engine Builder apprentice with Foxwood Diesel, said: “The event was a great opportunity to talk to MPs about apprenticeships and the importance of them. It was also fascinating to see the various technology exhibits on display.”