One small step for AMRC/Space 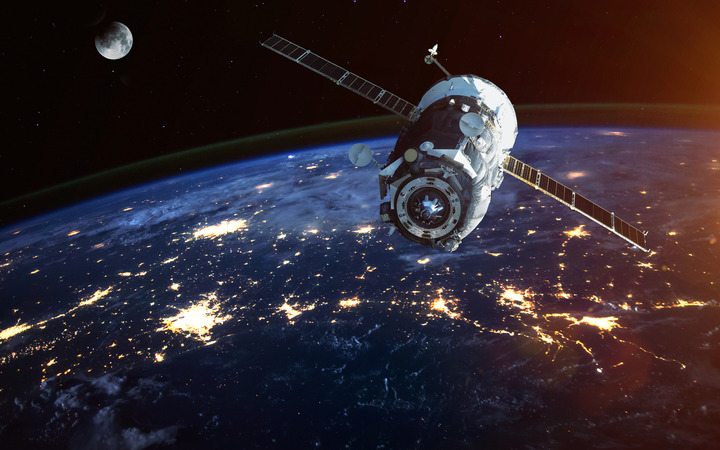 The formation of AMRC/Space gives the region the opportunity to attract new investors at the forefront of smart technologies. Picture: Shutterstock.

One of the world’s most successful manufacturing research centres is to launch a new capability to support the UK government’s vision for a ‘Great British Space Age’.

The University of Sheffield’s Advanced Manufacturing Research Centre (AMRC), which already works closely with space and communication pioneers such as BAE Systems, Boeing and Airbus, has drawn together a team of high-tech engineers who will drive improvements in the UK manufacturing base which is critical to the success of the government’s space age mission.

John Baragwanath OBE, Executive Director of the AMRC, said: “The new capability will be led by Craig Roberts whose team has a brilliant track record of innovation in space technology, with one of his team only recently returned from NASA following his discovery of a patent pending additive manufacturing technology that the agency is keen to progress.

While Craig and his team will form the core of the new AMRC/Space capability, the unique feature of the initiative is the way it will facilitate collaboration across not only the whole of the AMRC including the Nuclear AMRC, but also the University of Sheffield.

“This will give government, and our partners, access to an unrivalled range of expertise and technology to accelerate the creation of a manufacturing base that can sustain and support successful space missions, including satellite technologies that will be critical to the growth of digitally connected industries and communities here in the UK,” said Baragwanath. “We share the vision of exploring space, but our work will have real benefit here on Earth.”

The launch of AMRC/Space follows government’s announcement of UK space ports in Scotland and Cornwall to meet commercial vertical and horizontal launch demand estimated to be worth a potential £3.8 billion to the UK economy over the next decade.

Announcing funding for the new launch sites in the summer, Business Secretary Greg Clark said: “As a nation of innovators and entrepreneurs, we want Britain to be the first place in mainland Europe to launch satellites as part of our Industrial Strategy. The UK’s thriving space industry, research community and aerospace supply chain put the UK in a leading position to develop both vertical and horizontal launch sites.

“This will build on our global reputation for manufacturing small satellites and help the whole country capitalise on the huge potential of the commercial space age.”

John Baragwanath added: “It is intended that the new spaceports will attract rocket manufacturers and their supply chains to the UK, and the development of home-grown manufacturing companies, taking advantage of the UK’s geographical position which offers opportunities to reach orbits used by the majority of small satellites.

“However, it is now well proven in other advanced manufacturing sectors that inward investors are increasingly looking to countries that can provide an advanced level of applied research, to work with them on the development of their products, enabling them to be delivered faster, cheaper and greener.”

Providing such assistance to manufacturing is one of the UK’s greatest strengths where its network of High Value Manufacturing (HVM) Catapult Centres – of which the AMRC was the role model – is attracting global companies and governments from around the world.

Co-founder and fellow Executive Director of the AMRC, Adrian Allen, added: “It’s one small step for the AMRC to translate its experience in the aerospace, defence and nuclear sectors to the manufacturing needs of the space programme.

“Our current research supports some of the most demanding industries in the world where the precision engineering of safety-critical components is paramount. Boeing, who are a founding partner, have been central to the exploration of space, from the first Mercury capsule, to the current International Space Station, and beyond to the Space Launch System.

“Likewise, our partner Airbus has been at the heart of Europe’s space endeavours for half a century. They are now working with another of our partners, Saffran, on the record breaking Ariane launcher programme. And BAE Systems, who are central to our mission in AMRC/North West, are key players in civil and commercial space communications.

“The Sheffield City Region now has a cluster of high value, high technology engineering companies with an interest in, and the ambition to support, the government’s vision for the space industry post-Brexit.

“The formation of AMRC/Space, with its fundamental research partnerships across the University of Sheffield, gives the region the opportunity to attract new investors at the forefront of smart technologies, consolidating our reputation as a global centre of excellence for high-value, manufacturing based on high quality research and innovation.”

“This combined expertise and history of collaboration with leaders in space exploration, coupled with the government’s determination to accelerate its space programme in the face of Brexit, has led us to establish AMRC/Space: a multi-disciplinary and highly talented team with an unrivalled range of skills to support civil and commercial space exploration.”

Proud day for AMRC as University of Sheffield celebrates graduation day
23/07/2015
Former Boeing UK president Sir Roger Bone has been named a Doctor of Engineering in r …
Addressing future skills gaps
24/03/2021
The University of Sheffield Advanced Manufacturing Research Centre (AMRC) and the AMR …
US Mayor sees AMRC's world-beating technology
28/10/2015
The Mayor of Louisville, the largest city in the US state of Kentucky, has toured the …
AMRC engineer spreads his wings to invest in the future of the UK’s sole hang glider manufacturer
12/04/2017
AMRC Composite Centre Technical Lead, Dr Tim Swait is taking on a new venture. Alongs …