Sheffield business looking to make its mark on global stage 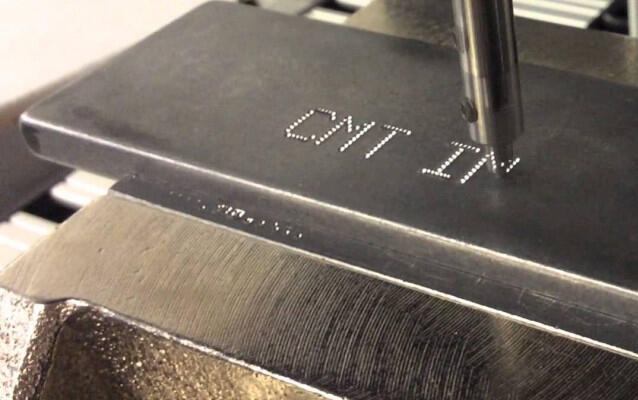 Bel-Marking worked with the University of Sheffield AMRC to develop its handheld laser-marking machine.

Bel-Marking, which has almost 40 years of experience in the marking technologies industry, is interested in developing a safety solution to a problem in laser marking, which is the process of marking or labelling a surface with a laser beam. It is a technique used in manufacturing for asset tracking and management.

Mike Bell, Director of Bel-Marking, believes handheld laser marking machines have long had the potential to be a simple, flexible and portable marking solution but says the need for a failsafe enclosure, so there is less danger from the laser beam, has held back the widespread adoption of this technology.

Mike said: “This work is all about taking something dangerous and making it safer. There is a lot of misunderstanding around lasers - people still imagine James Bond strapped to a table in Goldfinger - and it’s not that at all. But we do need to prevent the laser from coming into contact with the person who’s operating it. We had an exciting idea for how this might be achieved and were introduced to the team at the AMRC by Business Sheffield, which is part of Sheffield City Council and supports business to thrive and grow.

“I can’t emphasise enough how happy we’ve been with the work by the AMRC engineers. They produced designs for our guard idea for a handheld laser marking machine, showing that there is real potential for this to be a world-beating product.”

The AMRC, as part of the High Value Manufacturing (HVM) Catapult, supports businesses to explore development opportunities they wouldn't otherwise have access to. The project was paid for using funds from the HVM Catapult as part of a commitment to working with small and medium-sized enterprises.

John Spencer, Senior Project Manager at the AMRC, said: “This project was one of the more unusual and interesting requests for design assistance. The Design and Prototyping Group regularly works with clients who have ideas for new products or improvements to existing products but require assistance developing them. Bel-Marking wanted our input to generate concepts for a laser guard. There were practical challenges around adding the guard to an existing laser system without adapting the base unit; the company wanted to see if its idea was feasible and understand how it could turn it into a reality.”

The project was delivered by Joe Palmer, Senior Design Engineer, who said: "We brought knowledge and expertise developed from working across the high-value manufacturing sector and applied it in a way which helped this local business. We have suggested some novel laser guarding concepts to Mike, and I look forward to seeing these developed further.

“The team researched options for materials and proposed five different design concepts, from the use of spring-loaded pins to shutters, with analysis of the advantages and disadvantages of each concept. Ultimately, further development will result in a guard design that ensures the unit is safer to use and complies with UK standards.”

Mike Bell added: “We’re continuing to modify and develop the design of the device as we move towards launch, but this work with the AMRC has significantly shortened the development time of an innovative and exciting product.”